Violins, flutes, drums: the instruments played by the members of the poverty-stricken Paraguayan youth orchestra in the documentary Landfill Harmonic are made from waste. The film explains how music has unexpectedly offered these children a brighter future.

She ruled on stage, but at home flamenco phenomenon La Chana was emotionally and physically abused by her husband. The moving documentary La Chana, an audience favorite at IDFA, is an ode to human resilience and to this grande dame of flamenco.

Just before her 18th birthday, Keyla’s father is lost at sea. What has happened to him? Where is his body? Colombian filmmaker Viviana Gómez Echeverry studies the tension between dream and reality on an ostensibly paradisiacal Caribbean island in this promising debut.

Julieta and her daughter Antíasuffer in silence over the loss of Xoan, Antía’s father and Julieta’s husband. When Antía turns eighteen she abandons her mother, without a word of explanation. Julieta looks for her in every possible way, but all she discovers is how little she knows of her daughter.

Jeffrey depicts the dreams of a 12-year-old windshield washer both realistically and poetically. He’d love to be a famous reggaeton vocalist and send his sister to school. But for a Dominican boy, reality is harsh.

“I won’t let you write that down”, Jackie says to her interviewer, a slight smile playing across her face, after getting too personal. However, we see it all, in this first English-language film by Chilean master Pablo Larraín, about Jackie Kennedy in the days after JFK’s assassination. The widely lauded Natalie Portman puts in an intense and intimate performance in the title role.

Milagros Mumenthaler returns with a playful family drama set amongst stunning Argentinian mountains. Photographer Inès is pregnant and wants to find out about her father, who disappeared. She only has a single, old photograph of him. Dreamy fantasy elements are expertly interwoven with her reconnaissance of intimacy and undisclosed history.

“The negro story in America is America’s story. And it’s not a good story,” wrote American author, poet and social critic James Baldwin (1924-1987), whose writings and statements about the American civil rights movement constitute the core of this impressive documentary that was nominated for an Oscar in 2017.

Where and with whom do you feel at home? This is the theme the teenage friends and their families grapple with in Fien Troch’s latest drama. Who can you truly trust when you have nowhere left to turn? The tension is always palpable, partly thanks to Johnny Jewel’s seamlessly fitting soundtrack. 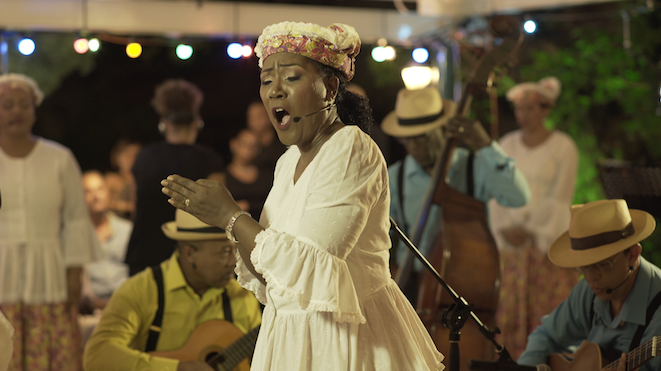 Major tensions hide beneath the otherwise placid surface of this sunny island drama. Taciturn Juan tries to forget a lost love while his daily rhythm as the watchman at one of the villas along the coast is disrupted by the arrival of the owner’s son.