A direct, unpolished portrait of the alternative music scene in Buenos Aires, seen from a strictly female perspective. Former musician Marilina Giménez introduces a colorful series of local acts by women who control their own look and sound – and are not afraid to challenge the prevailing norms. 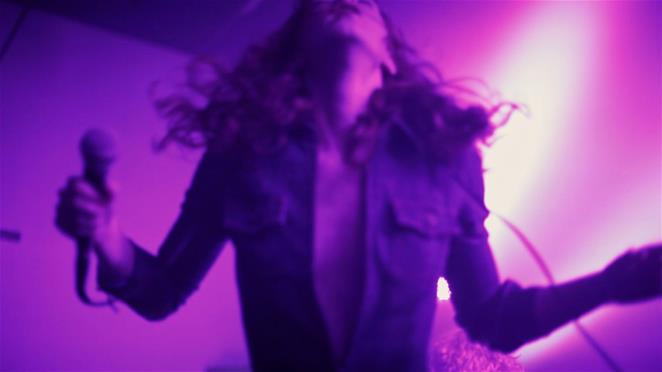 For six years, Marilina Giménez rocked the bass guitar in Yilet, a three-woman band in Argentina. But like female musicians everywhere, she was constantly confronted with a male-dominated, often sexist industry. In this documentary, she probes Argentina’s music scene with her camera and many pertinent questions. Why are there so few female superstars who write their own music? Why is it almost obligatory to look a certain way? Has the position of female musicians improved in recent decades?

Giménez moves through Buenos Aires by night, filming female artists (many of whom operate underground) attracting sell-out crowds with punk rock, reggaeton, pop or electronic music. She films them behind the scenes and in full glory on stage and listens to their experiences. As diverse as these women are, their stories of the sexism, inequality and aggression they face are equally painful – whether they have dreadlocks, twerk in a G-string or pose in hipster attire.