The gripping story of war reporter Marie Colvin, whose idealism and commitment to show the world the gruesome reality of war eventually led to serious psychiatric traumas. An excellent role by Rosamund Pike, who portrays the influential reporter with all her fervor and humanity.

A fascinating mix of native drama and hard-boiled crime film about the age-old traditions of the Colombian Waayu people and the destructive effects of the drugs trade. Once their lives were simple and clear, but in the late 1960s drugs introduced money – and violence.

Once a crook, always a crook. When multimillionaire Markus Føns is suspected of large-scale investment fraud and put on remand, he quickly tries to take things in hand. In the isolation wing for sex offenders, the experienced manipulator takes on the conductor of the prison choir.

27-year-old Noemí Gold has an unwanted pregnancy. After trying for an abortion, she seeks out the help of a gynecologist who promptly reports her to the police. First time filmmaker Dan Rubenstein brings a fresh story with a great touch of humor that meditates on family, friends, and the role of society in present times.

Fascinating characters inhabit the poor district of Contagem where Gabriel Martins and Maurelio Martins also grew up. No coração do mundo is their declaration of love for this district and its inhabitants: a surprisingly filmed mosaic story about people who continue to work for a better life – against their better judgement.

This hypnotizing, adventurous film about child soldiers in the jungle throws human logic overboard. In Monos, nature’s laws apply, the way teens imagine them. The result is a tense, explosive cocktail of a socially critical war film and a sensual, erotically charged coming-of-age story. 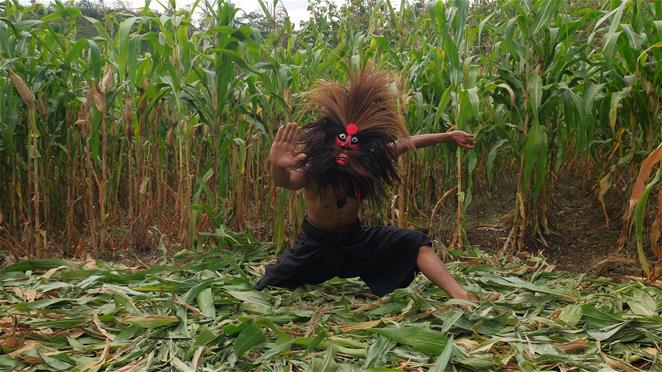 A sensitive Javanese boy explores his sexual identity through a dance company where male and female merge in a sensual way. In the wider world around him he sees only violence and intolerance. A poetic-realistic coming-of-age story, based on the life of dancer Rianto.